John and I had an ambitious winter camping trip planned. Six parks in ten days. But then after Christmas travel, we were a little burned out. John was also just getting over a double-whammy of flu and pneumonia. So, aside from our plans to visit our friends in Albuquerque, we scrapped our entire plan.

Instead, we spent seven days driving around New Mexico. Instead of racing through Albuquerque, we spent an entire day wandering around Petroglyph National Monument, taking in ancient art. We also had some amazing food at Sadie’s and Flying Star Cafe. And we got to spend much more quality time with friends than originally anticipated.

After some time in Albuquerque, armed only with the recommendations of friends and a print copy of the Lonely Planet guide to the Western USA (well, plus cell phones with decent data plans), we took off toward Santa Fe. We continued to eat exceptionally well, especially at the Shed. Instead of camping, we got a great off-season rate at the Old Santa Fe Inn. This was also my first experience staying in a hotel with a fireplace.

I found myself moved to tears in the Georgia O’Keeffe museum. I loved wandering around the historic center of town. I also loved the Wheelwright Museum of Indian Arts and Culture.

The highlight of the trip, though, was hiking in Bandelier National Monument. In many ways, that was a difficult hike. It’s actually not especially tough, but I was struggling with altitude sickness. But at the end of it all, just before sunset, we came across a herd of mule deer as we were leaving the park. Unfortunately, because I’m not the greatest low-light photographer, not all of my pictures turned out well. That doesn’t detract from the incredible experience of being so close to so many deer.

After some time in Santa Fe, we went up to Taos for the night, in hopes of getting to see the Taos Pueblo. We took our time, visiting Holy Chimayo for a few hours. Even if you are not religious, there’s something arresting about the site. I absolutely recommend visiting.

We also went out to Ghost Ranch, which is a gorgeous space. Just a few minutes there, and you can see how it influenced O’Keeffe’s work. I hope I get the chance to spend more time out there in the future.

Sadly, we were unable to see Taos Pueblo, because it was closed. But since we were close by, we went out to the Rio Grande Gorge Bridge. I found this one of the most startling and emotionally volatile parts of the trip, not just because of the incredible view and my fear of heights, but also because of the suicide hotline phones, and the inspirational messages and tokens left by an artist hoping to prevent jumpers from taking their lives. I had not expected to see those. 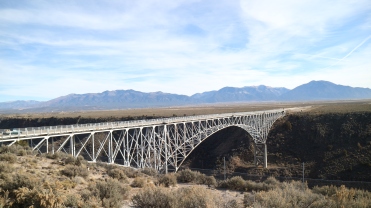 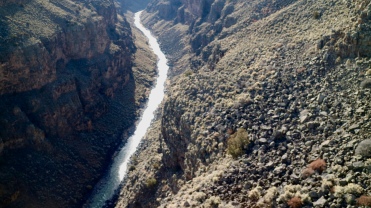 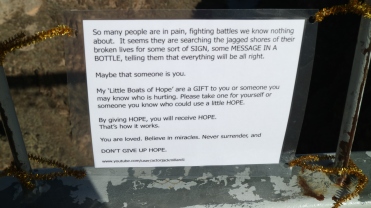 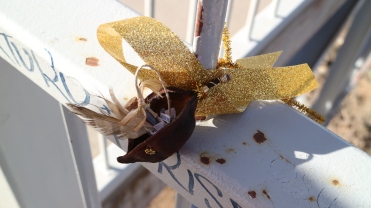 We got a third hike in at Tent Rocks National Monument. This site had been closed for a tribal event the first time we tried to go, so I’m glad we had the opportunity to double back and visit. I’m also glad I got to take that hike after I’d gotten over the altitude sickness! I’d never heard of Tent Rocks before, but it’s otherworldly. While it can be tough to access, I encourage you to go if you’re in the Albuquerque area. 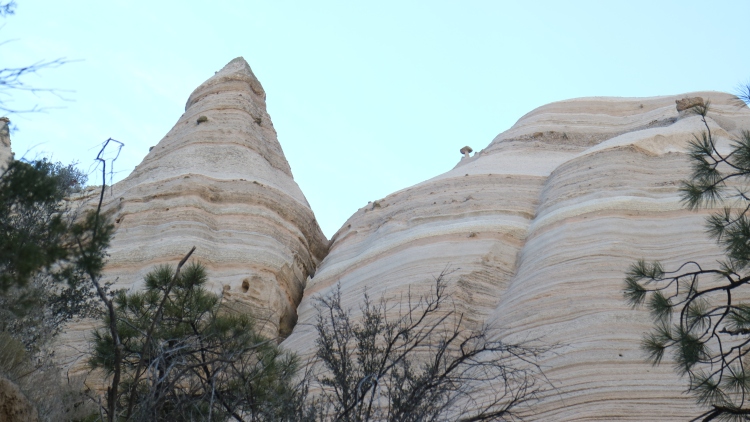 While we didn’t have the adventure we planned, we had one just as good, if not better. I’m absolutely smitten with New Mexico, and hope to visit again soon.