This is what convertibles were made for: waking up early and heading out with a friend to get possibly the best bagels in the entire state of Texas from Hot Bagels in Houston. And then putting the top town, heading out on I-45 South, and driving to Galveston. And as you’re heading down the highway, knowing you’re probably already getting too much sun even though it’s only 8:30 a.m., but accepting that this is a fact of living in Texas, and deciding it’s worth it to drive down with the wind blowing all around you.

Sunday was my first time in Galveston, and also my first time on a Texas beach. I’d seen the Gulf of Mexico from Florida, but was looking forward to see some of my state’s coast for once. 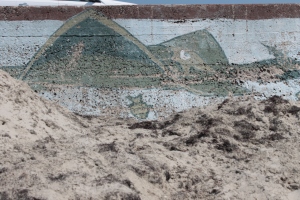 We hung around the seawall and spent the morning relaxing, alternating between the water and the sand. The waves were small at first,  but they started to pick up, and I had a ton of fun playing in them. There were also schools of fish that kept swimming by and jumping out of the water, as though just daring the gulls to try to eat them.

When the sun started getting intense, we headed out to get some food. Being on the coast made me want oysters, so we ended up at The Spot, where I indulged my whim and ate a full dozen oysters. Which I realize is not the most well-balance meal ever, but it was delicious, and exactly what I wanted.

Finally, it was time to head on back. Meaning more time driving my wonderful car, listening to good music, and enjoying the wind. And winding up with quite the sunburn, despite liberal applications of sunscreen. Welcome to summer in Texas.